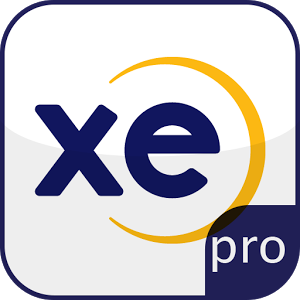 Convert every world currency with XE Currency Pro. This ad-free edition lets you simultaneously monitor twice as many currencies as the free version.

It offers live proprietary currency rates, charts, and even stores the last updated rates, so it works when the Internet doesn’t. With over 20 million downloads, XE Currency is the world’s most downloaded foreign exchange app. It is a top 20 Travel & Local app on Google Play and has been featured by the BBC, the LA Times, CNN, and The Travel Channel!
* PRO FEATURES
– No third-party advertisements
– Monitor 20 currencies vs. 10 in free