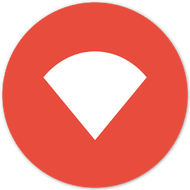 For those of us that have more than one router at home or work, switching between routers when we move rooms can be an inconvenience.

Often we forget to change between the routers and end up downloading things at an extremely slow rate, or on mobile data without realizing.
This tool will automatically switch to the closest preferred router when you move around.

Features:
-Define a distance at which it will switch routers
-Set preferred routers
-Turn off mobile data when switching between routers
-Switch between repeaters
-Ability to switch to 5GHz or 2.4GHz for any network that supports both
-Routers load by BSSID instead of SSID, allowing for easier router identification