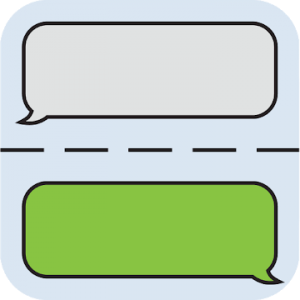 We’ve finally launched Stitch It! on Android, after building a base of about 400,000 users on the iOS platform!

Stitch It! allows you to create one seamless image of a text message conversation so that you can share it via WhatsApp, email, Facebook, Twitter, Reddit, Tumblr, or anywhere else in the series of tubes that is the webernet machine.

The steps are easy:
– TAKE screenshots of your text message
– CROP screenshots together into one seamless image
– EDIT out any private information on the redact page
– SHARE with the world using our many sharing options!

Let us know what you’d like to see in our first update!