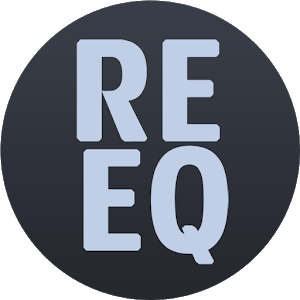 Developed by WiseSchematics, RE Equalizer reflects the design, performance and workflow of a studio grade equalizers on the move.

RE-EQ has been primarily designed to achieve ‘broad brush’ tone-shaping effects thus equipped with fine controls to provide full freedom for sound tuning and tweaking so that users get the mix and sound the way they want, which means spending less time on setup and more time for tuning.

RE-EQ is also available as Demo Version for free which is intended for Testing and Checking Purposes but may contain limited features and functionality.

Note: For better compatibility and integration with the device, please make sure that no other equalizers or random effects are running in background.
If you are facing such issues, please follow the below guideline.
-Turn Off or stop/disable any kind of built-in/external equalizers or Audio Effects (like “SoundAlive” etc in Samsung devices) under Application Manager settings before using RE-EQ. Such libraries can cause interference issues and may cancel or block effect from each other.
-Always launch target application first like music player, then open RE-EQ.