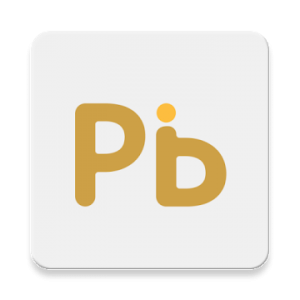 This is Ad Free Version of Pastebin App.

IMPORTANT NOTICE :
The pastebin site removed trends sections due to rising popularity of abusive contents.
The API isn’t removed yet, but soon it also might get removed. In that case the trends in the app also won’t work. Please don’t give bad ratings because of that reason. I’m an individual , who has no relation with the site and made this app only as a service for you.

What is Pastebin.com all about?
Pastebin.com is a website where you can store text for a certain period of time. The website is mainly used by programmers to store pieces of sources code or configuration information, but anyone is more than welcome to paste any type of text. The idea behind the site is to make it more convenient for people to share large amounts of text online.
It is popular with users of IRC and other chat programs where paste’ing large amounts of text is considered bad etiquette.

This app is based on pastebin.com
Does most of everything the site provides you.
https://pastebin.com

NOTE :
The pastebin API limits the number of pastes per day. If you get error message after a lot of pasting.. it will be because the pastebin blocked your IP Address for that day..I don’t have any control over it , I’m just using the API Provided by them..

The app might lacks some features that is available in the site. It’s because of the limited API provided by the site.