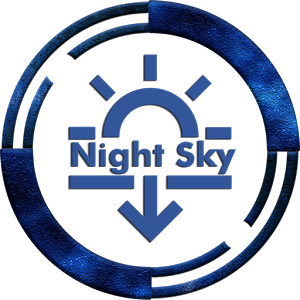 Night Sky is a dark theme developed for the Theme Engine from CyanogenMod CM12.It does work on CM13 as well.

Blue accents throughout most core apps as well as future additions.

Theme has been tested on these ROMs:
CM12 SHOULD WORK STILL

I have included aspects from other ROM’s

YOU NEED TO BE ROOTED AND RUNNING A ROM THAT HAS THE CYANOGENMOD THEME ENGINE INCLUDED!!!!! THIS THEME IS FOR CM12 AND LIMITED CM13 ROMS ONLY!!!!!!

THIS IS BUILT ON STOCK DPI…ISSUES COULD ARISE DEPENDENT ON WHAT CUSTOM DPI YOU USE!!!!
Please note:
Given CM13 and its theme engine are still WIP, some issues may be experienced.
Also,due to some limitations with Theme Engine , some elements are not themable or are not ideal for a dark UI due to how they are coded.
Currently the following issues exist:

I RECOMMEND EITHER REVERTING TO STOCK THEME PRIOR TO UPDATING THEME OR ON A ROM UPDATE OR UNINSTALLING FIRST,THEN INSTALLING THEME!!!!!!

***For optimal results with Google Plus ,Gmail , YouTube and Hangouts and Google Photos , I recommend grabbing the TBO Themable zip package from daveyannihilation,djdarkknight96 and Train88 as these versions are modified for themes such as BSC.*********
http://forum.xda-developers.com/android/apps-games/apps-themeable-hangouts-layers-cmte-t3113192

Over 100 app icons included (DU,CM,Google, etc) to the theme as well as a shader.

More apps and additions are planned for future updates…….

AS THIS IS BASED ON MY OTHER THEME BSC , SOME APPS STILL HAVE THE CHROME ICONS ETC FROM BSC. THESE WILL BE UPDATED TO MATCH THE REMAINDER OF THE THEME
Version 1.1.2
•Added Google Docs
•Added Maps
•Fixes in WhatsApp and most other apps that had been previously added in BSC to bring it in line with BSC
•Added XDA LAbs
•Added Devs BAse
•New default Wallpaper & Header
•Re-did settings header and dashboard