This is an app that completely remove ads inside apps.

MinMinGuard is an Ad-remover made with Xposed Framework for Android. MinMinGuard can completely remove both the ads inside apps and the empty space caused by those ads. Conventional ads removing apps are only able to block the ad content, but the space taken by the ad will still remain unused (black). MinMinGuard successfully removes that black space, which extends the app window and makes your user-experience better!

Features
Totally remove the advertisement. You can notice that AdBlock and AdAway only stops showing the ad content, but it can not remove the empty field that was originally taken by the ad. MinMinGuard can totally remove the empty field!
Lightweight. Alternative ad removing apps (AdBlock etc) constantly run a background VPN service, which puts a heavy loading on the system. MinMinGuard does not need to run a VPN service, so it saves system resources and, thus, extends the battery life.
Per App Setting. MinMinGuard lets you choose which apps you want to remove ads from. If you only want to remove ads from several apps, MinMinGuard is your best solution.
OpenSource. MinMinGuard is an opensource project under GPL license 3.0! You can find the source code of MinMinGuard on my Github repository.

How does it work?
API based blocking: Block function calls provided by the advertisement network sdk. Then recursively remove the ad space.

Name based blocking: Remove the adview in layout directly. 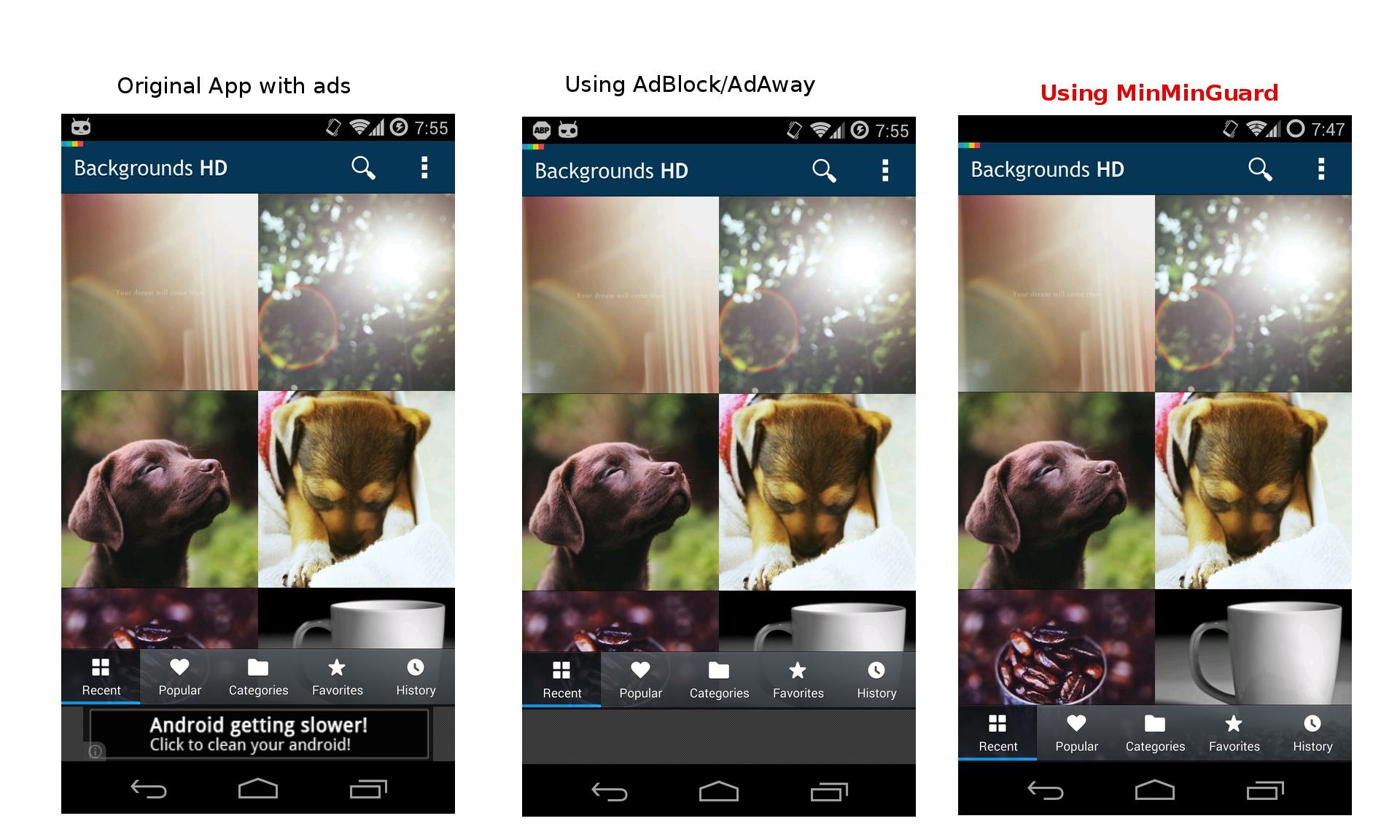