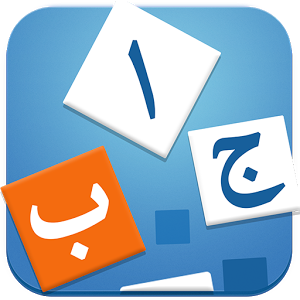 Learn Arabic is an educational application developed to educate non-Arabic speakers to the language.This application has English to Arabic translation of some basic words and phrases to familiarize the users with Arabic language.

Learn Arabic will allow you to speak basic Arabic language and serve as a guide for non-Arabs. Tap on each word to hear the narrator speak the Arabic words. The voice recording of Arabic to English translation benefits the users in learning Arabic. It has followings sections:

-Alphabets: Arabic Alphabets with example and voice over.
-Numbers: Learn Arabic numbers with translation, transliteration, and Voice over.
-Vocabulary: The section includes Basic Arabic words of daily use with English translation and Audio pronunciation.
-Common Sentences & Words: The category includes words and common sentences of daily use in Arabic
-Definite Article: This section includes the use of English Definite Articles in Arabic along with examples.
-Prepositions: Learn how prepositions are used in Arabic.
-Interrogative Articles: Basic interrogative article translation from English to Arabic.
-Masculine Feminine: Learn differentiation of genders in Arabic.
-Personal Pronouns: Know about Arabic Words used to associate with personal pronouns.
-Conversations: Section features some basic conversations a person has to daily in Arabic.