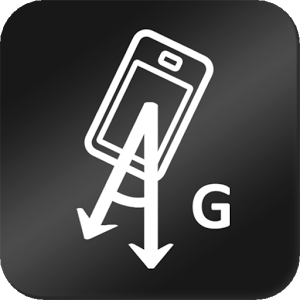 The most popular screen on/off app. Reviewed by LifeHacker, MakeUseOf, TheNextWeb and many others …

KEY FEATURES
• Pocket Sensor: Turns the screen off if your phone is in your pocket.
• Table Sensor: Detects your phone is lying on a table and turn it off if not in use.
• Turn Screen On by Motion: If the screen is off and it’s facing up the device can be woken up by moving it.
• Keep Screen On by Motion: It keeps the screen on while you are watching the screen. It relies on the small movements of your hand while holding the device.
• Smart Lock support: It’s a workaround to make the Smart lock feature work fine on devices with Lollipop.
• Locale plug-in for: Tasker, Llama and others

VERSIONS: FREE vs. PRO vs. UNLOCKED by IN-APP PURCHASE (recommended)
In the Pro version:
• there is no 15 minutes limit for turning the screen on by motion.
• Table sensor can be set more precisely.
Unlocked version has everything what Pro has, plus it has:
• Exclude App list (except Lollipop)
• more advanced Delayed lock option
• Widgets.

BATTERY USAGE
It should be not significant. I experienced about 6 per cent extra consumption on the test device. However it can be much higher by often using the Turn Screen On by Motion feature. Thus, keep your phone face down if you want to save energy.

Where is the Pro version? I cannot find it on Play Store
The Pro version is discontinued unfortunately, due to security reasons.
To change to the Unlocked version, please, do the followings:
– unlock the Free version by In-app Purchase
– send me the two purchase numbers or the two receipts you got from Google Play (Pro and Unlocked)
– and I’ll refund the purchase of the Pro version
Sorry for the inconveniences.