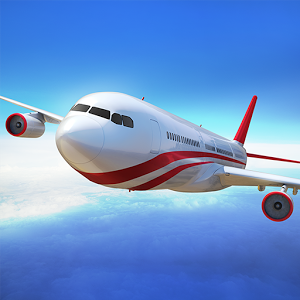 Unleash your inner Maverick, become a pilot and conquer the skies.

● What our players are saying

– This is a great game. Easy to play and an easy way to kill some time in between appointments. A must have. I spend hours playing this game. Simplistic but addicting! Love it

– Very good game, but completely addicting. Finish whatever you have to before even starting.

– The game is really fun. It’s got all awesome graphics. It is definitely the best. I have never played such an awesome game. Whoever doesn’t like this game has a problem.

– That’s right one of the best games I have ever played so if you are looking for a good time by just sitting around this is the app for you!

– I just downloaded it and it’s so fun and addictive I recommend this to people who like games on mobile devices.

● FREE games by the same developers

– Sniper Shooter
Arcade style and action packed shooting and battle game! Be a military fighter for justice, blast your targets and fight the criminal empire boss. Get all your guns and weapons but don’t forget your bullets to get ready for extreme hunting! Millions of players worldwide, this is truly an all-time classic of mobile gaming.

– Infection Bio War
How does the rule of human race in planet earth end: Zombies? UFO? Nuclear warfare? NO! It will be a plague and you will the mastermind responsible to create and spread it. Sounds disturbingly fun? IT IS! Infection is a different kind of strategy game, one that you must experience yourself

– Ninja Kid Run & Fun Race
Run as fast as your can and become a ninja kid, the mighty endless runner! To become a master fighter, improve your martial art skills with crazy kung fu jumps and enhance your abilities with legendary pets and dragons from fantasy land! And last but far from least: compete against millions of other ninjas in the multiplayer! It’s double, triple, 4x fun

– Car Race
3D drag racing game featuring pixel perfect vehicles and scenarios. Challenge every street boss to become the new powerful ruler. Collect furious vehicles and upgrade their parts. Customize your car with vinyls and paintings. Cool, heh? But are you up to the challenge?

– Jelly Jump
The most amazing jumping adventure! An awesome blend of 2D platformer arcade game with beautiful 3D scenarios. Escape from all types of obstacles to complete the levels: holes, spikes and dangerous enemies. Very simple and intuitive controls: just tap anywhere to jump. Who needs a joystick to have fun these days?

– Celebrities Fun Challenge
The game everyone is talking about! Look at the pictures and guess who the celeb is! Can you recognize the stars from TV, movies and sports? Play against your friends or random buddies. This is definitely not one of those boring word or number games!