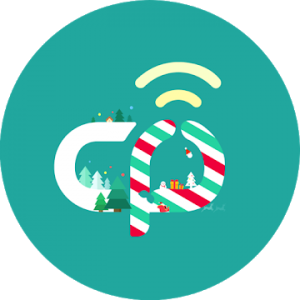 As a multi-function remote control app for Android TV box/Fire TV/Android TV, also have the function as Mouse Toggle

[IMPORTANT]:
• Many thanks to our user Baker Wazneh for the Arabic version, with his efforts, we now support the Arabic on 3.4.6, now since the version 3.4.6 released , we need more help in language localization for more users!
• We just updated to 3.4.6 and make sure both your TV and phone have been updated.
• Mouse Mode works on Fire TV/Stick(turn on the ADB debugging), Android TV(rooted) and Android media box.
• Scroll feature only work on the Android box with CetusPlay Plugin.

• Multiple navigation modes, including Direction-Pad, Touch Pad, Keyboard mode and Mouse mode
• Cast your local files(photo, videos, DOC, XLS, PPT, TXT, etc.) from your phone to TV
• Live Channels features (add local M3U file and cast to TV/Box/Stick)
• Quick launch TV apps through one click on your phone
• Clean cache and trash to speed up your TV just one click on the accelerating ball;
• Share screen capture when you watch to social media
• Help you get rid of the paid Mouse Toggle

For Fire TV/Stick New Users:
• Turn on the ADB debugging and restart the Fire TV/Stick
• Install the CetusPlay phone version and connect to the Fire TV and let the CetsuPlay TV version installed on the TV device.

For Fire TV/Stick Updated Users:
• Installed latest version to your phone and TV version to your streaming media player.
• Make sure the devices on the same Wi-Fi.
• For the mouse click, apps sideload and other premium function, the ADB debugging must be enabled on your streaming media players. The Help Center in the app will guide you through the setup.

For Android TV:
• In order to enjoy it, please make sure you have done the following steps on your Android TV.
– Search and install “CetusPlay- TV version” on your TV.
– Make sure all the devices on the same Wi-Fi.

We want to hear from you, always.