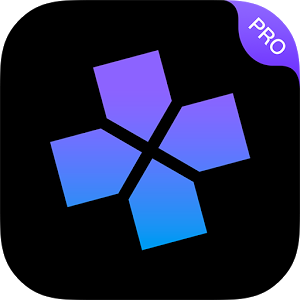 The fastest PS2 Emulator for Android in Global !!!! On Samsung S8 smartphone, the DamonPS2 emulator runs most of the PS2 games smoothly, For example (Samsung Galaxy S8 Snapdragon 835 Inside),

About Game ROMs and BIOS :
Requires players to bring their own PS2 BIOS image and game ROM image to run the game.Due to legal restrictions, we will not provide any game ROM and BIOS image to players.DamonPS2 emulator can only run PS2 game ROM.

Other :
The frame rate given in this paper is the result when the mobile phone is full of frequencies. However, when the Android device gets hot, the actual performance is only 50-70% of the full-frequency performance, and the game frame rate will drop by more than 1/3. This is a hardware limitation, not a limitation of this software.

About DamonPS2 Emulator and PPSSPP Emulator comparison :
We want to create a smooth PS2 emulator as PPSSPP!!!!! But ……, We found in the test, PS2 original machine peak performance is 2 times the peak performance of the original PSP machine.So theoretically, any PS2 emulator needs twice the hardware performance of a PSP emulator if you want to run the game smoothly. In other words, if your PPSSPP Emulator can run the game full frame, then the DamonPS2 emulator game may be running only half the frame rate of full frame.And, because the PS2 original machine uses some techniques to prevent frame skipping, DamonPS2 can not jump frame like PPSSPP.

Special statement :
Trademark and intellectual property and gaming entities such as Game ROM, PS2 BIOS, Playstation2, PS2, PSP, PPSSPP etc, belong to Sony and other game manufacturers. The software does not integrate PPSSPP, so it can not run PSP game

To Smart Rendering Management, a “safe mode” has been added to fix graphics drawing errors that were added in version 3.0. Such as games: “BLACK”, etc.

Fixed the program crash problem some games, such as “Metal Gear 2”

Added “PlayDrive” function. Different from “Google Dirve”, “PlayDrive” provides unlimited free cloud storage space for each user for users to save their own PS2 game ROM. (Go to Offical Facebook page to see how to activate this feature)